We have officially been full time RV’ers for 3 months! The first month was a blur as we scrambled to figure out where to stay for 4 of July then quickly get to SD for residency and Florida to help Tonya’s Mom move. We didn’t get a chance to really enjoy anything in between Colorado and Florida. In Colorado, we had a great time with our “good bye tour”.  We got to see friends and family all over the state and stay at unique places overnight including our friends huge cattle ranch!  Then, August we found ourselves visiting Laura and Tonya’s family in North Carolina, then September, off to Pennsylvania to see our chosen family (best friends all around). 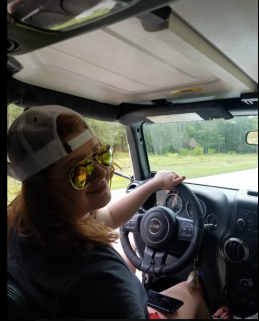 One thing that we’ve definitely realized is that leaving seems to be easier for us than for those we’re leaving each time. I think it’s because we are always saying Good Bye and Hello.   Yea, I know, most of the time it’s Hello and Good Bye. But, that’s kind of the point :).  This lifestyle has us moving from place to place and we are always transitioning from the old place to the new place. The new place can be a place we want to visit and many times includes people we’re excited to see.   This creates an interesting dynamic for Roger and I. Although we’re sad to leave people and places, we’re equally or more excited to arrive at our next destination. This dilemma is definitely why I think more about Good Bye’s and Hello’s vs. Hello’s and Good Bye’s :).

We’re still getting used to answering the “where are you from” question.   We started by saying South Dakota and that just didn’t feel right, so now we say “we are full time on the road living out of our RV”. The reaction is generally very positive and people express their desire to do the same thing. Sometimes, we get the oh, I’m sorry look. I guess they think we’re truly homeless?  And, we even get to see our “full time friends” on the road! We connected with Bob and Cheryl for dinner and then they were able to join us at our campground in PA!

Our highlights have included seeing friends and family and seeing new parts of the country. We are in the Shenandoah Valley for the beginning of October. It’s an area that we’ve driven through MANY times, but finally spending time here. Then, we’re off to Pigeon Forge, TN and Dollywood! YEA! Our nights have been mostly in campgrounds, sometimes with family or friends and only once at Walmart. And, Walmart was uneventful. 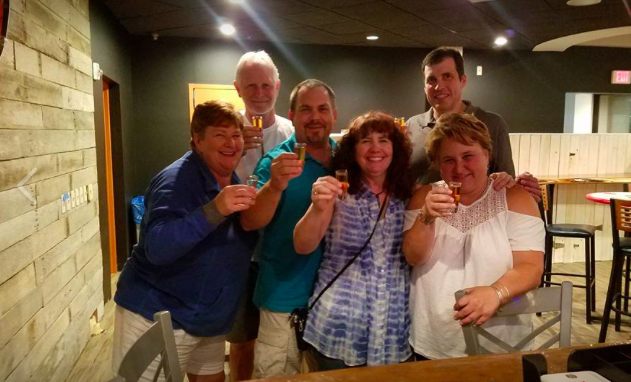 One of our more eventful stays was at our friends house in Pennsylvania. Scott and Nancy were our neighbors and best friends in PA. We stayed at their house in their side yard for almost two weeks. Our dogs really didn’t understand why they couldn’t go “home” next door. At one point, Roger was outside and looked over and saw Ringer on the front porch of our old house barking at the new owners for coming home! OMG! The real excitement though was when we tried to leave and realized we had sunk into the ground to the point we were stuck! Yes, it had rained, but we had no idea this would be an issue. After trying to rock the 45 ft, 48,000 pounds and realizing that wouldn’t work, Roger used the jacks to lift the tires and he and Scott put boards under them to get traction. Yep, it was very entertaining. 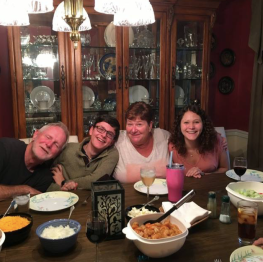 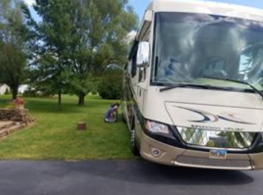 Tonya’s discovering new crafts. You know, you have to think about space, convenience, etc. So, she’s taken up rock painting. And, it’s safe to say that she has a whole new appreciation for Laura’s artistic talents!

The boys have settled into the lifestyle just fine. We really think doing this for 5 months the first time, then 4 months the second time prepared all of us for what to expect. The boys love their walks and especially enjoyed the freedom at Scott and Nancy’s. We also try to take them hiking or out for longer walks where they can go off leash.

So far, we have everything we “need”. We were wondering if we’d realize we needed a kitchen appliance or gadget we didn’t bring, but nope, were good. If anything, even though we though we’d cleansed, we brought too many clothes. Tonya still has her work wardrobe, but even for casual clothes, we tend to pull from the top all of the time, so we could do without a few shorts and shirts.

Lessons learned…. We’d heard from others that you shouldn’t move too frequently. We had also learned this when we were out the very first time before full timing. We were out then for 5 months and moved way too often! This time, we have some plans, but have left weeks in between open and we’ve definitely adjusted to use the weeks where we want to. For example, we were only supposed to be in PA for 2 weeks, but realized it just wasn’t long enough, so we stayed for 3.5 weeks! We still need to work diligently to not make too many plans L. It’s hard to not know where you’ll be… but we’re learning!

Another lesson learned or tip we’ve learned is the 330 or 3:30. Tonya had read on one of the Facebook pages she follows that people recommend driving 330 miles each day or arrive by 3:30 at your destination. Sure enough, we looked back and realized we had been doing that without even knowing. And, the days we didn’t follow it were days we didn’t enjoy as much. So, now, we do the 330 or 3:30!

A funny story related to a lesson learned… When we left Colorado, we had accumulated “stuff” from Sam’s Club. You know, napkins, tin foil, press n seal, paper towels, etc. Well, we packed EVERY SINGLE ONE in the coach. So, when we were in PA and still had 6 boxes of Press n Seal, Tonya decided to give them away. Two days later, Roger went to use the open box of Press n Seal and it was empty… LOL. And, before you ask, we NEVER use Press n Seal. We’ve only recently depleted the other stuff and are beginning to realize we have way more storage space than we thought! We had to buy paper towels this week and were so excited! I know… it doesn’t take much to get us excited!

Tonya’s only rearranged closets a couple of times. We hear this is normal, but will see if everything stays as is or if we rethink it again.

We’re considering the first 3 months a success! The next 3 months have us in Pigeon Forge, North Carolina with Laura for Thanksgiving and then to Florida for December and part of January. Then, off to Lake Havasu City, AZ (one of our favorite places of all time!).

If you see us on Facebook or Instagram, or going down the road, and happen to be in the area or planning a trip nearby, let us know! We love to see everyone “on the road”.

We are an adventurous couple living life full time on the road in our RV with our two dogs. We have no specific plans, just enjoy each other and this beautiful country. View all posts by mohoadventures